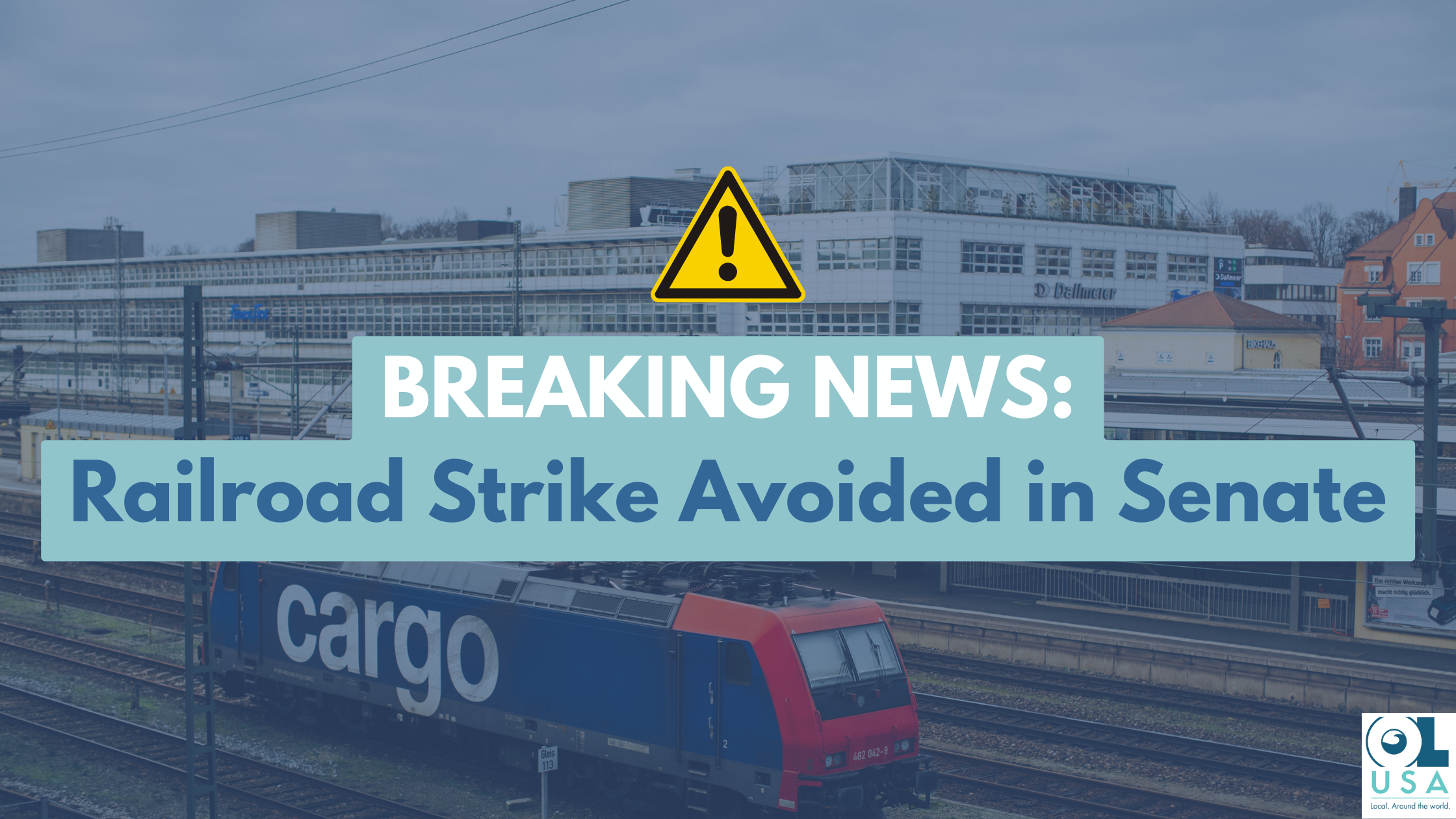 Railway Workers Unions across the country have been threatening to strike starting December 9th, until Congress’s extremely rare intervention this week, invoking the 1926 Railway Labor Act. Here’s what happened—and what might have happened.

Talks of a nationwide strike have been ongoing for a while, as workers asked for improved scheduling models, pay raises, and paid sick days. Negotiations have been taking place for months and had reportedly come close to a deal multiple times, but each proposed agreement failed. Back in September, the White House said that a tentative deal had been reached as they attempted to broker an end to the strike discussions, but that deal was voted down by a majority of the union workers, reportedly because it did not include paid sick leave.

If the twelve railway unions did follow through on their plans to strike on December 9th, it would paralyze 30% of the US’s freight networks immediately—right in the final two weeks of the holiday shopping season, after a tumultuous year for a global economy that’s counting on reasonably strong Q4 sales to put the wind back into its sails. Freight shipments would have been delayed or canceled by a staff walkout, and buyers and sellers would have had to scramble to find alternative shipping methods if they didn’t plan ahead. Each time a deal failed to be accepted by all parties, that eventuality loomed closer, and the markets reacted. Many who ordinarily relied on railway freight were taking what precautions they could to ensure their business could run uninterrupted, but there are always those who do not have the resources to plan that far ahead.

What did Congress do?

During labor disputes, it’s extremely rare for the federal government to get involved. Typically, when a labor union threatens to strike, they deal directly with management until an agreement is reached. The federal government doesn’t usually have the authority to intervene in these types of labor disputes, but there are a handful of exceptions. One such exception is with Railway Workers Unions, thanks to the 1926 Railway Labor Act.

Wednesday, November 30th, the House of Representatives put together a bill intended to prevent the strike in question, relying on the authority the Railway Labor Act provided them. The bill mandates that the labor unions accept the previously rejected deal—which does not include the paid sick leave that was a major sticking point for the workers. Instead, a second bill was voted on (and passed in the House of Representatives) concerning the proposed sick leave. The legislation makes the proposed strike illegal. While both measures were successfully passed in the House, the bill concerning the sick leave was not expected to pass the Senate. Indeed, that is what happened; the Senate passed the bill mandating the strike be avoided, but voted down the sick leave measure.

The Railway Labor Act established the National Mediation Board, a federal body that acts as a moderating force during labor disputes—they have the power to set limits on management locking out workers, and labor unions walking out on management, as well as mandating cooling off periods when negotiations begin to heat up. But, when that fails, the nearly century-old law also empowers Congress to vote on and impose a contract on the Railway Labor Unions.

The intent of the law was to prevent national strikes from crippling the economy, as Railway Unions had long been established at that point in history, and had spread across the country. It is an extremely rare example of Congressional authority over labor disputes, something that typically only applies to federal institutions (such as the Post Office or the TSA).

The passed bill will, once President Biden signs it, mandate that the four remaining unions accept the deal that’s on the table, and makes a strike illegal, preventing the walkout that could have short circuited freight transportation starting December 9th. The bipartisan bill was passed in the House by a 290-137 margin on Wednesday, and in an 85-15 vote in the Senate on Thursday.

While there wasn’t a strike this time—and the Railway Labor Act makes strikes in the future unlikely without Congressional support—there are always conditions on the ground that affect freight transportation. Anxiety about a potential strike drove some organizations to take steps to prevent their businesses from being affected, and the ripples spread to a variety of industries. Some turned to trucking ahead of the December 9th deadline to maintain their supply and keep their commitments.

Bigger businesses that have the resources at their disposal will usually find a way to avoid slowdowns or shutdowns due to events like a labor dispute in the shipping and logistics sector. They’ll work around the problem to get what they need to where they need it, even if they lose some margin by doing so. But small and medium-sized businesses don’t always have the resources to do that so quickly, and can often get caught up in supply chain issues from a completely different industry. The best approach for those types of businesses is to work with a partner who can handle these problems for you. OL maintains a tremendous network of freight partnerships across the globe, and when there’s a shutdown or slowdown from one method—like a Railway Labor Strike—we’ll find a different pathway for your freight to get to where it needs to be.

Efficiency is extremely important to almost any business. It’s nearly impossible for businesses to scale without keeping an eye on costs in most aspects of their operations. So, naturally, that includes the cost of moving cargo—and that side of the industry has seen...
Read More

The Biggest Technological Advancements that will Impact Shipping and Logistics

Shipping and logistics are caught between the old and new industrial complex – but with several high-profile, high-tech capabilities, solutions, and implementations beginning to roll out en masse, 2023 is shaping up to be a major industry turning point.  This...
Read More

The global economy has gone through an awful lot of changes over the past several years, which is nothing new. We’ve all been pointing fingers at the pandemic concerning economic disruption, and for good reason—it’s disrupted trade to a degree we haven’t really seen...
Read More

Early return dates (ERDs) can give anyone the chills. For example, imagine you just successfully finished a grueling negotiation to deliver a large shipment to an overseas buyer. Your company organized a trucking company to transport goods to the port over the next...
Read More
← How Will Changing Environmental Policies Impact Shipping and Logistics? The Biggest Technological Advancements that will Impact Shipping and Logistics →