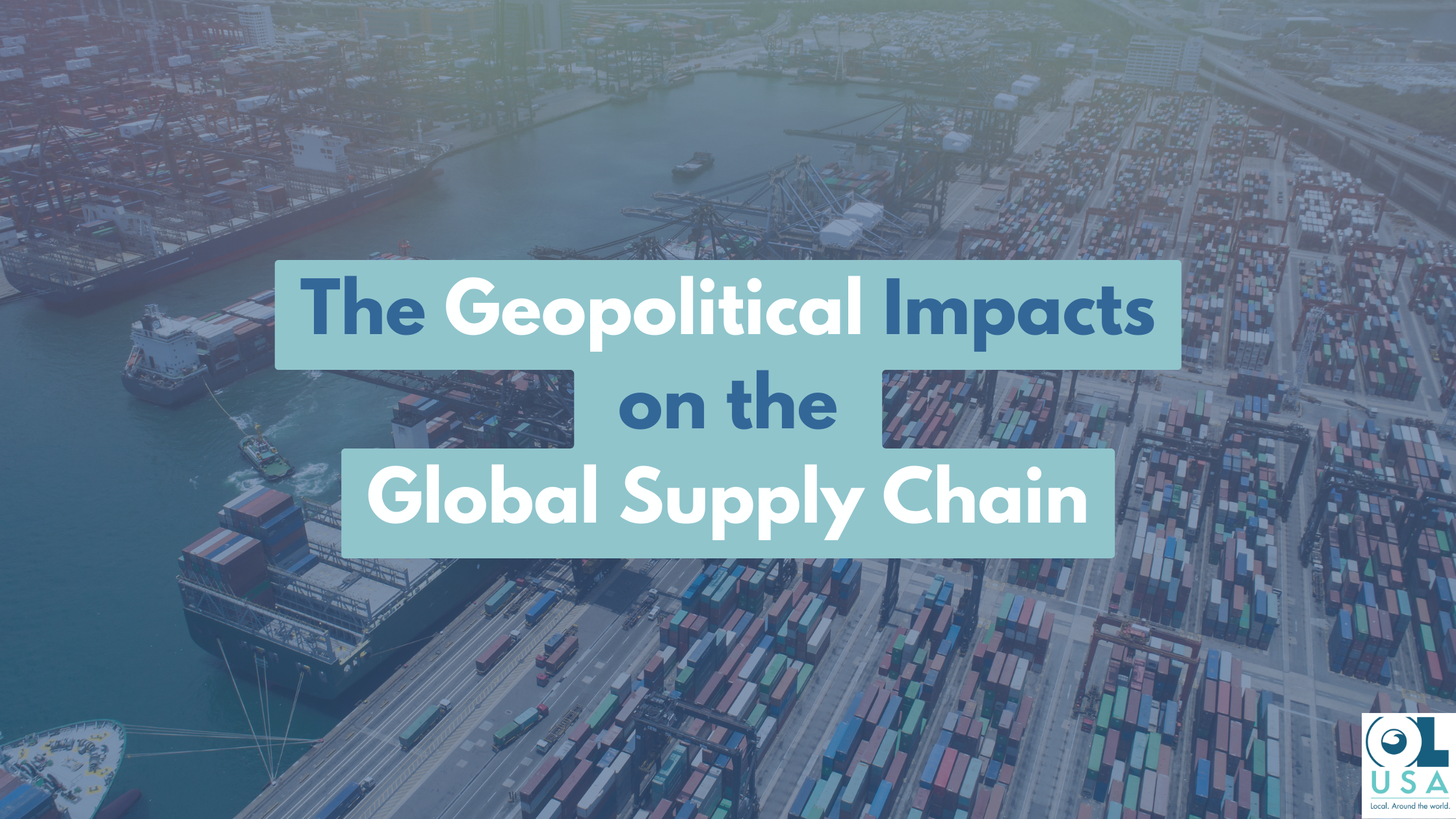 The global economy has gone through an awful lot of changes over the past several years, which is nothing new. We’ve all been pointing fingers at the pandemic concerning economic disruption, and for good reason—it’s disrupted trade to a degree we haven’t really seen in decades. Though yes, the pandemic has affected every industry in various ways, there isn’t a sole culprit when it comes to trade. There are quite a few elephants in the room, and all of them have to do with the unfortunate realities of geopolitical turmoil.

We’ll talk about some of the ways the current state of global relations is impacting the supply chain in as neutral terms as we can, sticking to the topics we’re actually qualified to discuss: shipping and logistics.

Armed conflict has broken out in Eastern Europe, and it hasn’t shown any signs of stopping. The Russian Federation has launched an invasion into Ukraine, and the Ukrainian people are doing everything they can to stop them.

Nations across the globe responded with economic sanctions against Russia; the United States placed the strictest sanctions against them since the Cold War. While companies can still conduct business with Russia, they are more limited in what they can import or export than they have been since the Berlin Wall fell.

Though we do not have the space here to go into granular detail concerning what is legal to buy or sell from Russia—particularly since these sanctions may change in the coming months—we can say that they are extensive. Sophisticated industrial equipment—aviation parts, for example—cannot be exported to Russia, along with complex materials like microchips, or luxury items. From the other side of the sanctions, imports on Russian materials are equally extensive, most notably crude oil.

Aside from sanctions and businesses taking the opportunity to get more involved in the region than they otherwise might have, the conflict in the region is significantly disrupting the global supply chain of countless raw materials—including unsettlingly severe shortages of wheat and fertilizer, and it is affecting prices and availability in a number of other regions. We cannot say what will happen in the future for global supplies of some of the most crucial resources, but the long-term economic impact has likely just begun.

To make matters more complicated, ocean shipping routes have been severely impacted due to the war. Just as rates in the region began to decline as the pandemic crunch started to loosen, the conflict triggered a massive spike in shipping rates, understandably. This is particularly significant when it comes to the transportation of food, which has seen increases of sixty percent or more. Russia had initially agreed to a compromise within the Black Sea brokered by the United Nations, the Black Sea Grain Initiative, but has recently withdrawn from it after Russian naval vessels were attacked in the region.

Again, we cannot say what the future will hold for the region, but the rest of the globe is beginning to feel the pressure on their own supplies, to say nothing of the human suffering taking place.

The Politics of Inflation

Global monetary policy is extraordinarily complicated—professional economists have difficulty with it when they speak to each other, let alone to those of us without Ph.D.’s in the field. The one thing every business and consumer in the world can understand easily enough, however, is that higher prices make things harder.

Currently, the US alone is facing an inflation rate of over 8% year over year, which is leading to price increases across every industry, and nations like the United Kingdom are approaching rates just under 9%.

While monetary policy and spending during the pandemic’s economic fallout have certainly increased inflation rates for most countries, there are a number of other factors involved. The aforementioned Russo-Ukraine war and the accompanying shortages have caused price increases nearly across the board. Fuel costs in particular, tend to drive this metric, as the more expensive it is to move things, the higher the end price becomes.

Russia was a major supplier of crude oil and natural gas for entire networks of trade partners around the world, and when the flow of gas stopped, it had a dramatic effect on consumers and industry. For context, up until last year, Russia was selling Europe nearly 40% of the EU’s total annual natural gas consumption, on top of their crude oil supply. Losing access to that resource has had an effect on the EU industry that’s too big to just call a “ripple,” and a devastating impact on smaller businesses. It’s led to shortages and energy price spikes across the board.

For our purposes, however, the chief impact is on—you guessed it—shipping costs and availability. As more resources and cargo space are dedicated to alleviating supply concerns, that leaves less availability at higher prices for everyone else.

What You Can Do About It

The geopolitical landscape isn’t as stable as anyone would like it to be, and it is unlikely to stabilize evenly within the next few months. We’re probably in for another few tumultuous quarters, to put it lightly (and a bit optimistically). It is harder to find the things you need, harder to get those things where you need them to be, and harder to do it all at a rate you’re happy about.

Aside from praying for world peace and currency stability, there is a very simple way to put yourself in the best possible position to weather the ongoing storm: find yourself some logistics partners. You need to work with regional—ideally local—partners who understand what’s going on in their corner of the world and know how to properly navigate it. With so much upheaval across the globe, it’s difficult to plan too far into the future; that is what makes a wide, multifaceted shipping network so much more resilient than a single, brittle supply chain.

Let’s talk, and we’ll see what we can do to help you.

Early return dates (ERDs) can give anyone the chills. For example, imagine you just successfully finished a grueling negotiation to deliver a large shipment to an overseas buyer. Your company organized a trucking company to transport goods to the port over the next...
Read More
← Top 5 Freight Forwarding Best Practices How Will Changing Environmental Policies Impact Shipping and Logistics? →
Cookie Consent with Real Cookie Banner